Firstly, it was a history-making campaign for the Philippines women and that alone would raise their hopes even though they would have really loved to be in the finals battling it all out for the title. But another positive thing to pick out of the match is that their chances of making it to the FIFA Women’s World Cup next hear have been boosted. Their participation at the tournament would be their first time and they are expected to reach the heights following their exploits at the 2022 AFC Women’s Asian Cup.
END_OF_DOCUMENT_TOKEN_TO_BE_REPLACED

Philippines Soccer received a big boost after the country received a bye in the first round of the World Cup 2022 qualifiers in the Asian region. Philippines Soccer and 33 others were drawn bye into the second round of the Asian qualifiers as far as the Qatar 2022 FIFA World Cup tournament is concerned. The Asian teams who featured in the first round were Mogolia, Macau, Laos, Malaysia, Sir Lanka and Brunei. The other first round teams were Timor-Leste, Bangladesh, Guam, Pakistan, Bhutan and Cambodia.

Philippines Soccer received a first round bye at the start of the qualifiers for next year’s FIFA World Cup tournament on Qatari soil as far as the Asian region is concerned. All the teams under the Asian Football Confederation (AFC) except twelve teams were drawn bye into the second round from the first round. As pointed out earlier, Philippines Soccer also benefited from the decision to move all the top teams from the first round to the second round. The bottom twelve (12) teams that were not drawn bye into the second round include Brunei, Mongolia, Malaysia, Macau, Sri Lanka, Bangladesh, Laos, Timor-Leste and Cambodia. The others were Bhutan, Guam and Pakistan.

The target for Philippines Soccer is a spot at the Asian Cup 2023 tournament in China after missing out on qualification for next year’s FIFA World Cup tournament on Qatari soil. 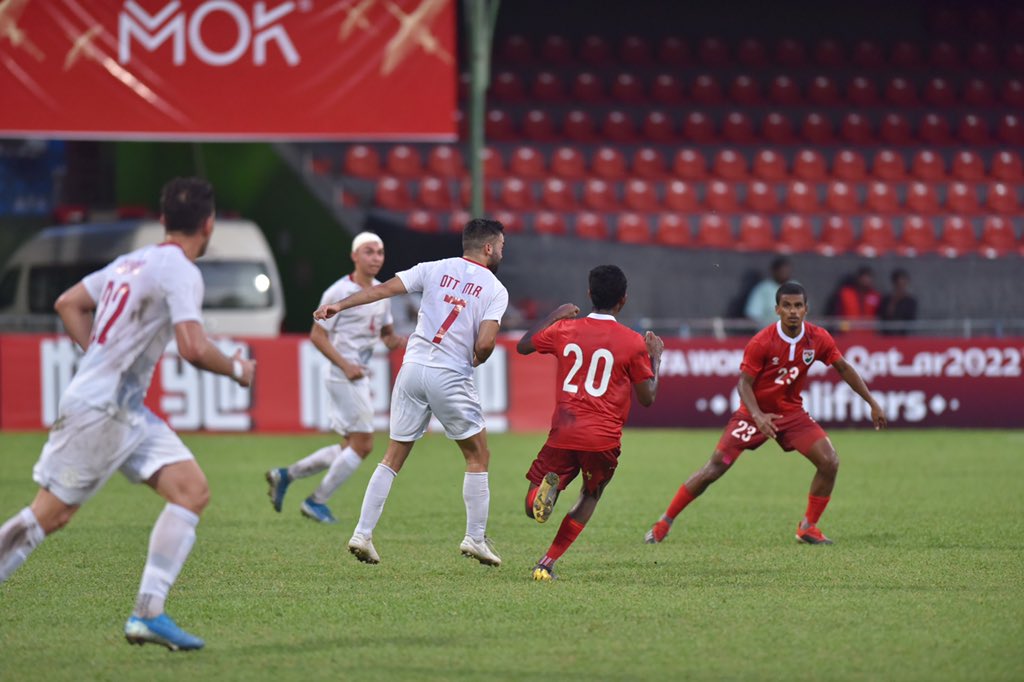 Philippines Soccer won’t be represented at the World Cup tournament in Qatar next year after the country failed to move past the second round stage. Philippines Soccer featured in Group A of the second round qualifiers for Qatar 2022 in the Asian section alongside the likes of Guam, Syria, Maldives and China PR. END_OF_DOCUMENT_TOKEN_TO_BE_REPLACED

Syria are rooted to the bottom of the Group A standings for the third round of the Asian World Cup qualifiers ahead of the tournament next year after their latest defeat. The Syrians ended on the wrong side of a five-goal thriller at home to Lebanon.


Lebanon boosted their hopes of qualifying automatically for the World Cup tournament on Qatari soil with a 3-2 win over hosts Syria. Omar Kharbi scored the opener for the hosts before MohamedKdouhstruck twice in added time of first half.The brace for Kdouh gave Lebanon a 2-1 lead at the half-time break. END_OF_DOCUMENT_TOKEN_TO_BE_REPLACED

Philippines Soccer won’t be represented when hostilities begin at the 2022 FIFA World Cup tournament in Qatar at the end of next year after the country’s senior national team failed to go beyond the second round of qualifiers as far as the Asian continent is concerned. 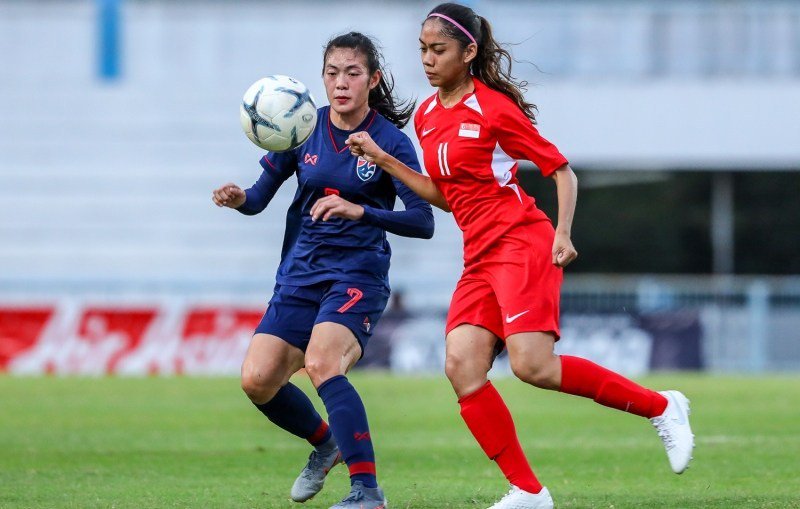 The new Philippines Football League (PFL) season is set to kickoff on August 21 though it is dependent on the approval from the Games and Amusements Board and the Inter-Agency Task Force. The two bodies have to give their approval for the start of the new league as far as Philippines soccer is concerned.

The plan from the PFL is to stage an home-venue-home protocol or closed-circuit setup. To this effect, the Philippines soccer body met with the representatives of the six clubs two weeks ago to discuss the start of the 2021 season.
END_OF_DOCUMENT_TOKEN_TO_BE_REPLACED

12 teams qualified for the next round at the end of the second round of qualifiers and Philippines Soccer was conspicuously missing. Only the top two spots in the eight groups would have given the second round teams the opportunity to progress into the third round and the Philippines missed out after finishing in third spot in Group A behind China PR and leaders Syria. All the winners from the eight groups qualified automatically for the third round where they were joined by the best five teams in second position in the various groups due to host nation Qatar finishing top of their group.
END_OF_DOCUMENT_TOKEN_TO_BE_REPLACED

The World Cup hopes of Philippines soccer is dwindling at a rapid rate after China secured a crucial victory when the two teams met earlier this week. The People’s Republic of China (China PR) were 2-0 winners at the end of their encounter with the Philippines on Monday in Group A of the 2022 FIFA World Cup qualifiers in the Asian Football Confederation (AFC) region.

Philippines soccer had received a big lift in the quest to qualify for the next World Cup edition scheduled to take place on Asian soil following the impressive record of two wins and a draw from the first four qualifiers in Group A. The return of seven points from those four games ensured that Philippines were well placed to qualify for the next round of the qualifiers but theoptimism has evaporated after two successive defeats including the one against the Chinese team on Monday.
END_OF_DOCUMENT_TOKEN_TO_BE_REPLACED