MANILA – Kaya Futbol Club-Iloilo cruised to a solo lead in the 2022-2023 Philippines Football League via a 4-1 victory over Maharlika Manila Football Club over the weekend at the PFF National Training Center in Carmona, Cavite. Eric Ben Giganto struck twice while Daizo Horikoshi and Marco Casambre added a conversion each.  The Iloilo City-based booters improved to 24 points behind eight wins and two draws. Maharlika has a point after 11 games. 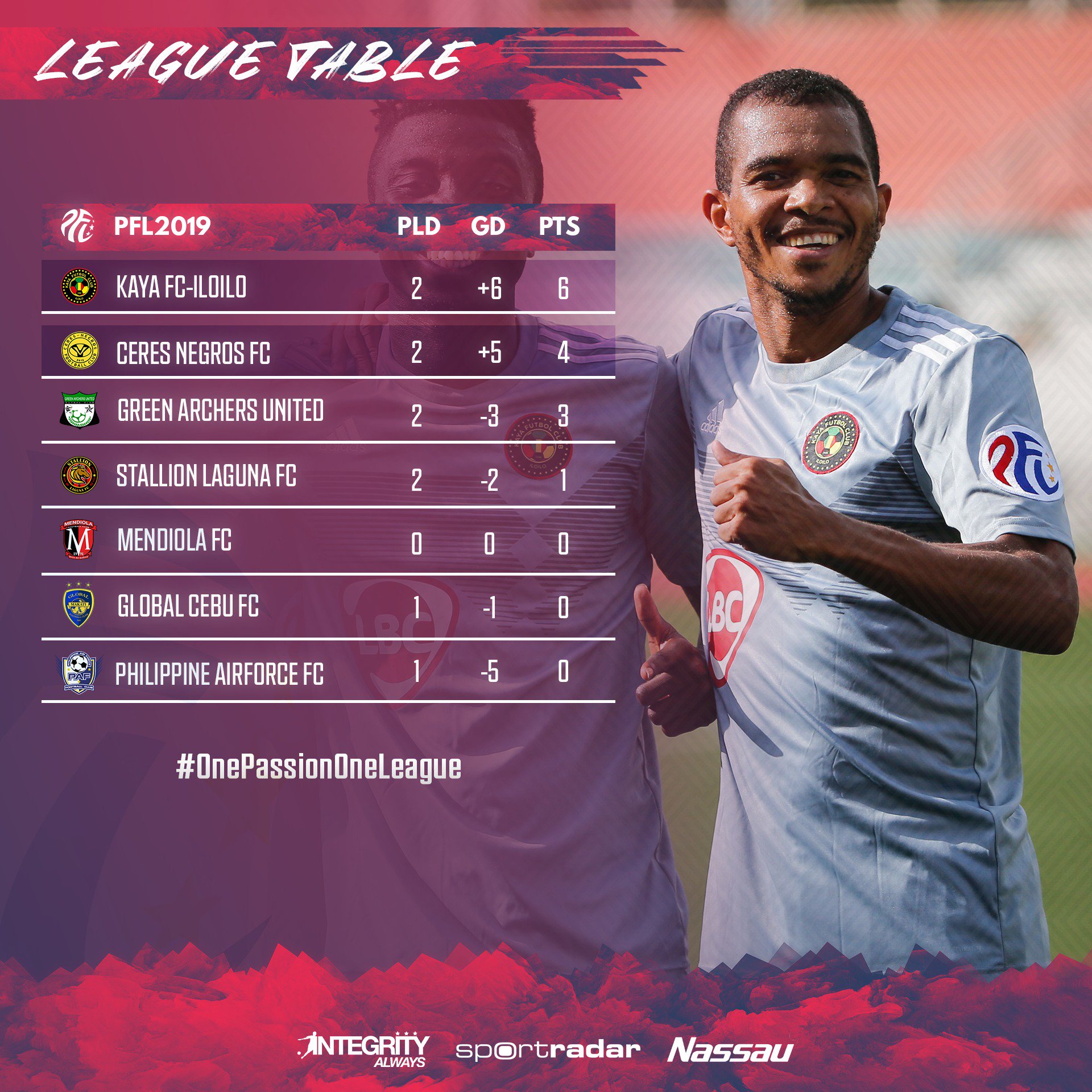 Horikoshi drew first blood for the Yu Hoshide-mentored Kaya Iloilo as he connected from close range at the fifth minute. Giganto doubled the lead at the 35th minute with his connection from the right flank. Just before the halftime break, Kaya-Iloilo widened the lead further to three as defender Casambre knocked down his first goal of the League as he squarely hit the header into the back of the net.

It was not a clean sheet for Kaya-Iloilo, however, as Maharlika Manila pulled one back at the 78th minute with Stephen Galasa threading the defense of the Iloilo City-based booters for a header. Kaya-Iloilo managed to restore the three-goal difference with Giganto netting his second goal at the 88th minute mark to offset the ejection of Carlyle Mitchell in the 90+4 minute for incurring his second yellow card.

Defending champions United City Football Club, meanwhile, failed to move closer to the leader board after settling for a 2-2 draw with Azkals Developmental Team over at the New Clark City Athletics Stadium in Pampanga. United City FC broke the ice in the opening half with a 35th minute connection from Mark Hartmann before the lead was doubled early in the second half with a conversion from Curt Dizon.

Azkals Developmental Team then clawed its way back with a goal from Dov Carino at the 58th minute before the game was tied by Jacob Maniti with his attack past United City keeper Anthony Pinthus in the 77th minute. With the outcome, United City FC remains in second place with 21 points behind six wins and three draws, while Azkals Developmental Team improved to fifth place with nine points on the back of two wins, three draws, and three defeats Kaya-Iloilo prevails over Maharlika Manila in PFL